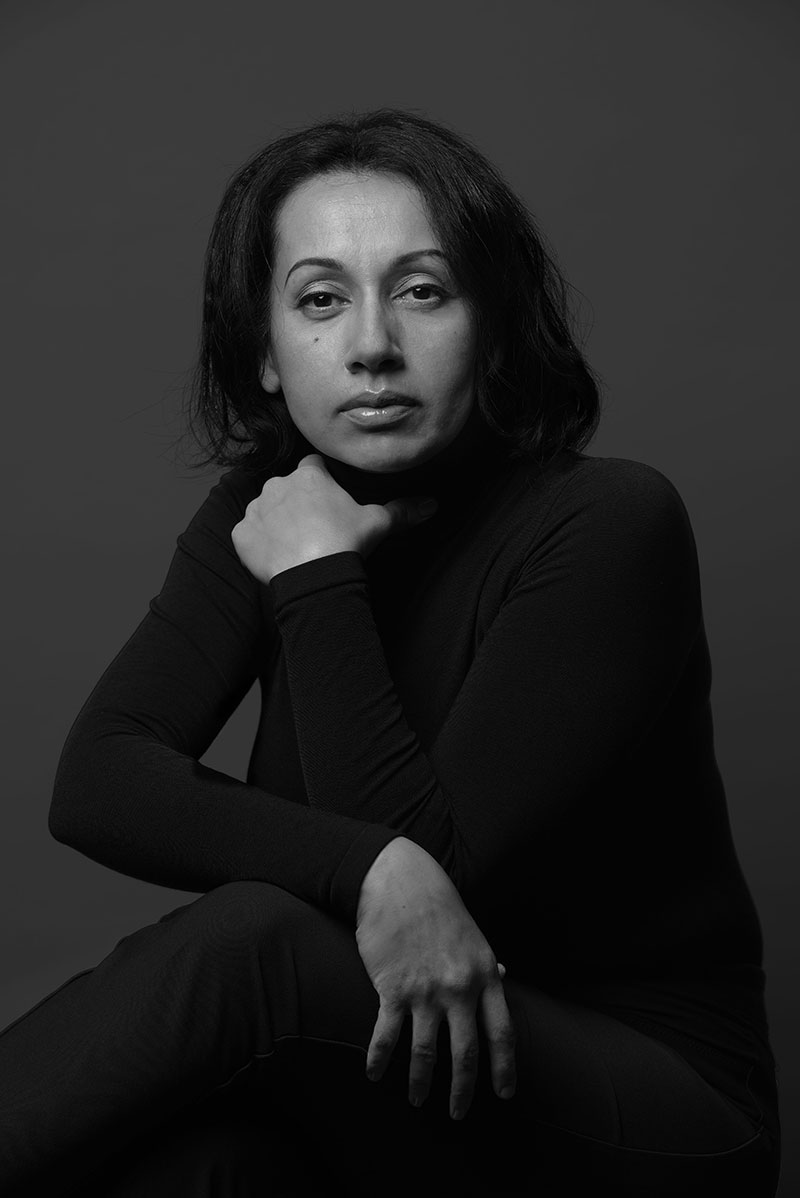 Ko Bhamra is a contemporary Canadian artist born in 1972 in Punjab, India. Her main practice consists of oil painting that best fits into the genres of abstract and contemporary art.

Bhamra began her formal study of painting at the Windsor Centre for Creative Arts in 1989, as it was known then, in the first year of its establishment. She studied formal printmaking techniques in intaglio, lithography and woodcuts at the Windsor Printmakers Forum in 1990 at the encouragement of her then mentor and art teacher, John Vacratsis. As a result, she is also well versed in the art of printmaking. In her art practice she also creates works on paper in other mediums using chalk pastels, charcoal, conte crayon and coloured pencils.

Since 1990, Bhamra has participated in numerous solo and group exhibitions in Canada, the United States and Europe. Remaining autonomous, she has chosen to represent herself through her independent fine arts business, KKB Fine Art, where her work has been purchased and collected both corporately and privately.

Ko Bhamra holds a BA (Hons.) in Philosophy, an MA in Philosophy, and a Bachelor’s degree in Law. She is currently engaged in both her professional practices of art and law in London, Ontario.

She is included as an Artist in Canada, in a list compiled and maintained by the National Gallery of Canada Library, is an associate member of the Society of Canadian Artists and is an artist member of the Museum of Modern Art (MoMA) in New York City